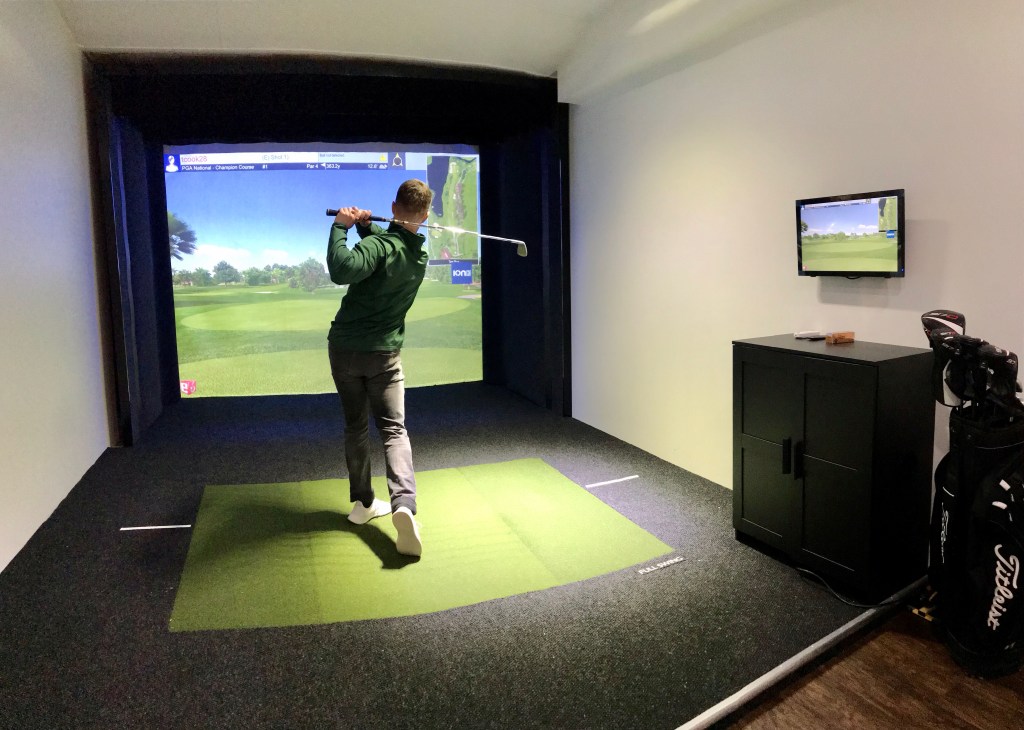 Huntingdon Country Club is enjoying its 100th anniversary in 2020 by celebrating the past while looking toward the future. Despite the ongoing health pandemic, the semiprivate club has welcomed new members and experienced a boost in rounds, creating a solid year for the bottom line. But an unexpected revenue-generating opportunity also has turned into the icing on Huntingdon’s celebration cake.

While the best-maintained greens in the area are reason enough to keep golfers coming back to Huntingdon CC, the club’s not one to rest on its laurels. Their decision to renovate an old grill room in a historic section of the clubhouse – and install a Full Swing simulator in the space – also has been a real game-changer this year.

“It really is a great enhancement,” said General Manager John Cook about the golf simulator. “It is offering extra value for the members. They are able to play golf year-round.”

Cook, a long-time member of the Huntingdon CC, was hired as the general manager in 2019 when new ownership took over the club. When he started exploring the idea of renovating the club’s old grill room, he found a large storage area he didn’t even realize existed. It was the perfect size for a simulator, 12 feet by 30 feet with 10-foot ceilings. The bar area of the grill room is highlighted by the wall of champions, a display that celebrates all past champions at the club. It inspired the grill room’s new name, the Champions Sports Bar and Indoor Golf.

To modernize the facility, Huntingdon CC bought new appliances for the kitchen and new furniture for the bar. The entire room was repainted to match new flooring. Two TVs hang on the wall in the bar, and there’s another in the simulator room. After researching which simulator to buy, Cook settled on Full Swing with the updated E6 software. It allows golfers to play some of the world’s best courses, such as Pebble Beach Golf Links, Bethpage Black and Oakmont.

The new bar and simulator room debuted late last December. The winter leagues that started in February surpassed Cook’s expectations by attracting 20 two-person teams. Unfortunately, the coronavirus pandemic shut down the bar and the league in the spring but Cook already had seen its potential. A new season will begin again in January and Cook has high hopes that the leagues will gain in popularity.

“My original goal was 10 or 12 two-person teams,” he said. “They like the bar. They like to play golf in the winter. It only takes an hour to play nine holes. It definitely will grow.”

Cook has already seen a difference in his own game: “It feels like real golf. It has helped my game tremendously. I would not touch a club until April (in the past). Now I play November through March.”

The simulator is also open to the public to rent by the hour. Families and businesses can rent out the entire bar for birthday parties or corporate events. A new menu serves pub-style food centered around appetizers and other items that are quick to make – pizza, chicken wings, soups, nachos and more. In addition to golf, the Full Swing simulator offers a variety of other games, where participants can pitch a baseball, hit slap shots at a hockey goalie or throw dodgeballs to knock out zombies.

“It’s like playing video games on your own big-screen TV,” Cook said. “That brings a family atmosphere. I’ve had members bring their kids out to play games. We want to promote that more. We can get 50 people in bar comfortably. With the way it is remodeled, it feels like a very nice tavern. From club standpoint, it is a source of additional revenue in the off-season. It helps us to brand our country club in the community that this is a great place to come. It is a key part of our future business plan.”

Click here to learn more about how GolfNow can help you unlock revenue potential by bringing a Full Swing Golf Simulator to your clubhouse.

Keeping Up With the Golf Surge

To keep up with the surge in golfers it is important to manage the customer experience in the golf shop and on the phone. 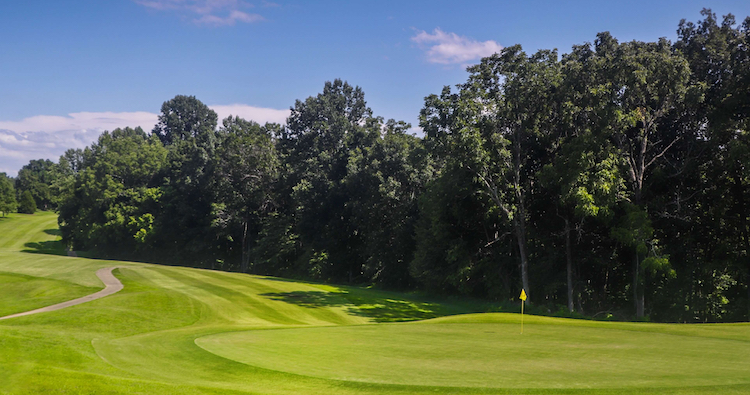 Under new ownership and taken the steps necessary to upgrade what was an under-maintained and under-performing facility, Nashville National realized how adding a powerful tee-time booking system into the process can make all the difference.